Never has a voucher played so pivotal a role in a movie. Do you remember a voucher in “Amelie,” “The Godfather,” “Koyaanisqatsi”? No. Only “Jaws” has the cinematic heft to feature a single, folded piece of paper with the words “ten thousand dollars” and “Quint” printed on it that sets the whole second half of the movie afloat.

It’s the end of a painful 4th of July and our friends are gathered at Amity General Hospital. Young Mike Brody is in shock after watching the grim death of the Estuary Victim. He doesn’t know why he has been spared. His dad, the Chief of Police, pulls the curtain closed on an unused Emergency Room berth and thrusts the Voucher at the gibbering Mayor Vaughn.

The voucher certifies that Quint will be paid $10,000 to lead an expedition to kill the shark. After it is signed, and what we hope was a good night’s sleep, Brody, Matt Hooper, and Quint depart on Quint’s boat early in the morning of July 5.

There’s a lot of activity on the dock. Quint recites limericks, someone who looks like Steve Cropper from “The Blues Brothers” arrives—and just as quickly disappears—to help Hooper load an anti-shark cage, and Ellen Brody runs out on her husband in the same way as, just one act before, Brody taunted distraught Tommy that Chrissie Watkins had done to him. 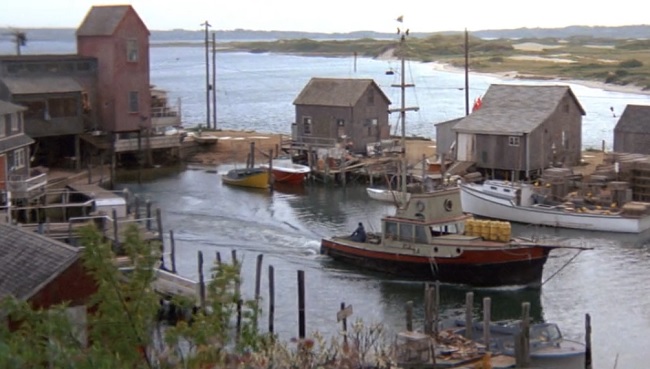 Only once the Orca is underway can the three men bond with each other over knots, chum lines, scars, and Mary Ellen Moffat. But Brody is always the outsider; he doesn’t even know when to stop singing, nor is he invited to rummage under Quint’s cap or slap the older man’s leg.

As antisocial as Quint can be, it is he who ensures the three bros stick together, attacking the CB radio with a baseball bat and cutting off all contact with the mainland. Not even a fat PBY can help them now. July 5 is the day the three men meet the shark face to face, it is the day that Quint tells them about both the USS Indianapolis and, inexplicably, the Battle of Waterloo, and it is the day Brody twice talks about a bigger boat.

So, lest you labor under the misconception that July 5 is the useless Boxing Day to July 4’s Christmas, remember all you now know about a shark’s lifeless, doll’s eyes from what you learned on July 5.