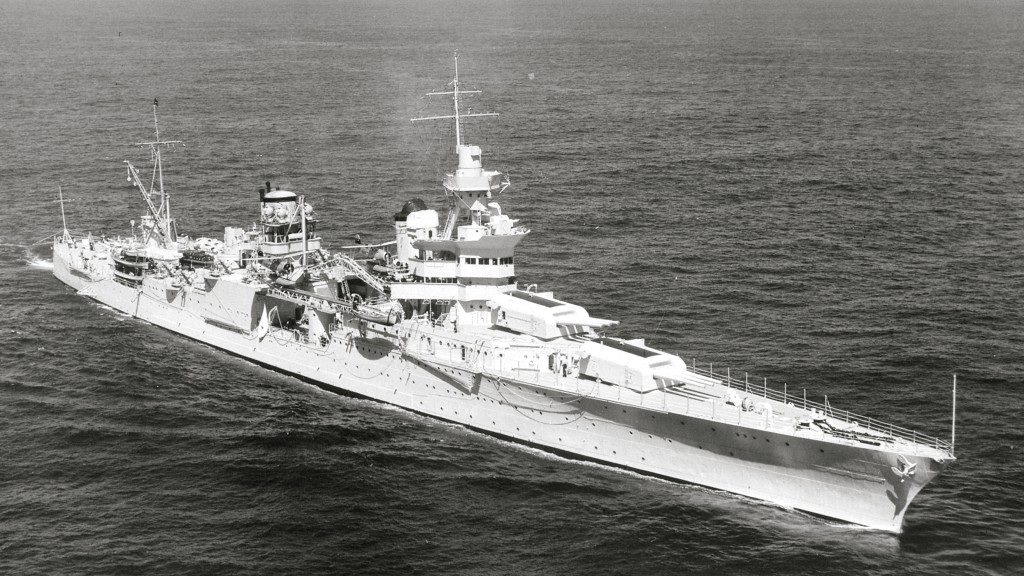 The emerging field of Quint scholarship suggests that maybe Quint was not even aboard the doomed U.S.S. Indianapolis when it was torpedoed by a Japanese submarine on July 30, 1945. How could he otherwise have misrepresented, by a month and a day, the fateful event?

Furthermore, Quint tells us in “Jaws” that “we’d just come back from deliverin’ the bomb—the Hiroshima bomb” when in fact the Indianapolis had, following its secret delivery to Tinian, then stopped for cigarettes and Gatorade in Guam. According to History:

The Indianapolis made its delivery to Tinian Island on July 26, 1945. The mission was top secret and the ship’s crew was unaware of its cargo. After leaving Tinian, the Indianapolis sailed to the U.S. military’s Pacific headquarters at Guam and was given orders to meet the battleship USS Idaho at Leyte Gulf in the Philippines to prepare for the invasion of Japan.

Shortly after midnight on July 30, halfway between Guam and Leyte Gulf, a Japanese sub blasted the Indianapolis, sparking an explosion that split the ship and caused it to sink in approximately 12 minutes, with about 300 men trapped inside. Another 900 went into the water, where many died from drowning, shark attacks, dehydration or injuries from the explosion. Help did not arrive until four days later, on August 2, when an anti-submarine plane on routine patrol happened upon the men and radioed for assistance.

As you are well aware, sharks have a rigid moral code. This is likely why the shark ate Quint. Whether the shark knew Quint was lying or it simply was incensed that Quint gave the wrong date, it’s not much different from when the shark ate Hooper in the book because Hoop was a dirty homewrecker.

Our friends at the Verdugo HUUT recently presented “Our Shark,” in which this and other fascinating “Jaws” facts were discussed in essay and song.