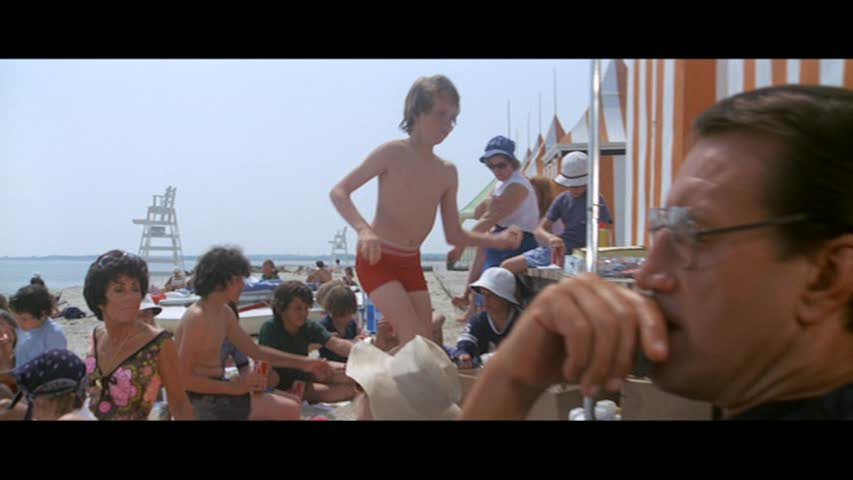 Soon your whole body will be pruned, Alex

It’s Chief Brody’s first summer and he is still on the steep end of the learning curve. He doesn’t know you need a resolution by the Board of Selectmen to close the beaches, he’s unclear that he has to inform the Coast Guard when someone is gobbled by a shark, and he is prone to megalomaniacal power grabs when drunk, declaring “I can do anything; I’m Chief of Police.” 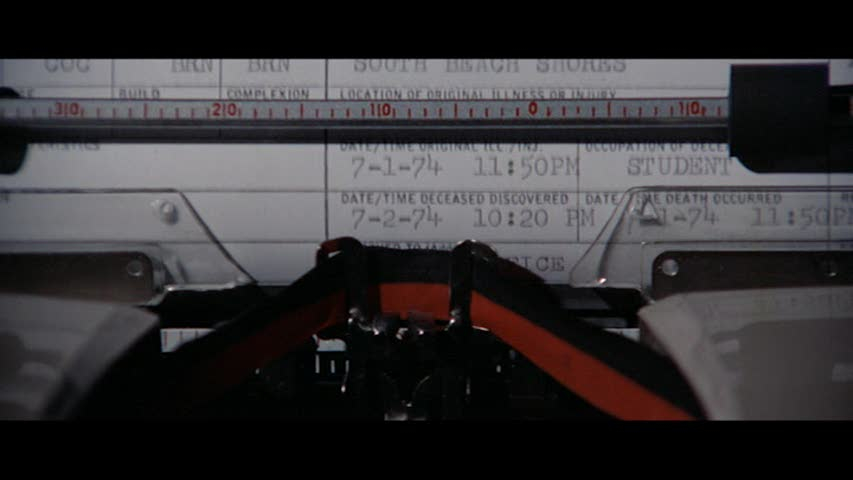 Let Polly do the spelling

Faced with the washed up, crab-nibbled body of Chrissie Watkins, Brody fills out a police report. He writes that Watkins died on July 1, 1974 and was discovered the next day (a Monday and Tuesday, respectively, according to something called The Calendar).

Brody fills out the report while on the phone with Amity’s coroner, who tells him Chrissie died of a shark attack. But Brody, despite his commanding exterior, is clearly flustered: he abbreviates Chrissie’s race to “COC,” misspells “Coroner,” and confuses a.m. with p.m. Later, under pressure from the money-hungry mayor, the coroner retracts his original verdict and says it was probably a boat propeller instead. 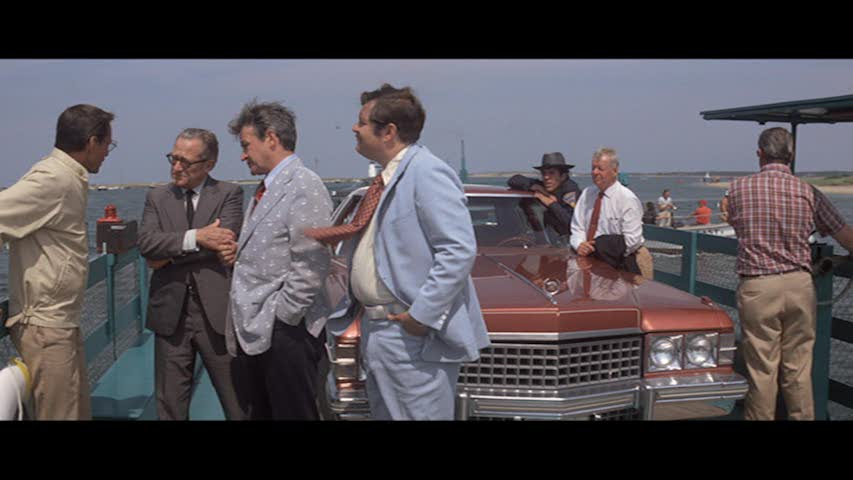 We’ll have to amend our reports

“We’ll have to amend our reports,” says the coroner. Yeah, and run a spell check while you’re at it.

Brody isn’t allowed to close the beaches, so he watches Alex Kintner and Pippet the Dog get devoured in the shallow water. Later, Mrs. Kintner posts a flyer on the Town Hall bulletin board saying that a shark killed her boy on Sunday, June 29. According to the very same calendar used by governments and airports worldwide, June 29, 1974 fell on a Saturday. 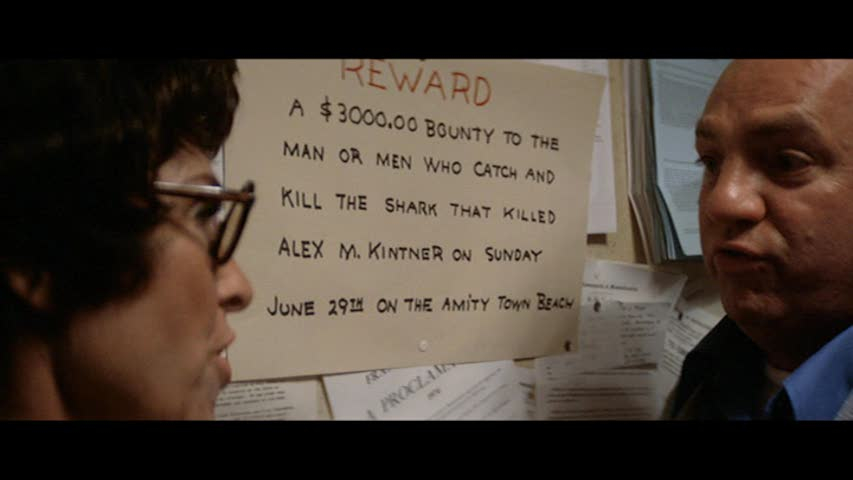 Mrs. Kintner is under a lot of stress

While June 29, 1975 (1975 was the year “Jaws” was released) was a Sunday, it’s clear that someone is going to need to amend both his reports and Time Itself.