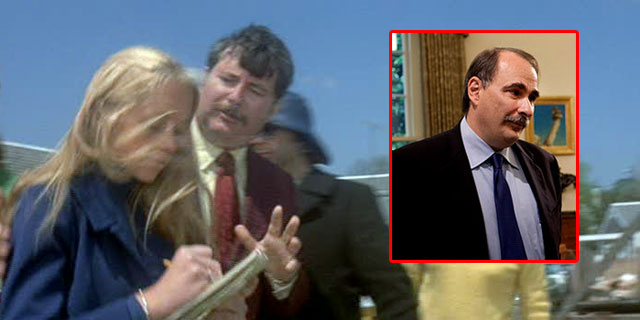 “Call Dave Axelrod in New York,” says Amity newspaper editor Meadows to his windswept assistant. “Tell him he owes me a favor.”

Born in New York, Dave Axelrod later moved west to attend the University of Chicago. He stayed in the city, eventually becoming a political columnist for the Chicago Tribune and an early strategist for Barack Obama. Today he is the president’s chief strategist.

What favor did Axelrod owe Meadows? We can only speculate. Perhaps it is merely a coincidence that, a generation later, Obama kept the Gulf beaches open following the BP oil spill.

This entry was posted in Movie and tagged barack obama, dave axelrod, meadows. Bookmark the permalink.